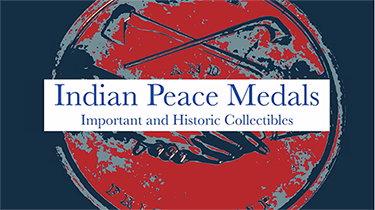 In this episode, Russ shares a number of medals from his collection and discusses the important historic role these numismatic objects played in bettering relations between native tribes and the American government.

From the English administration of the American colonies to Jefferson’s Corps of Discovery and for many presidents onward, this series is steeped in history and offers intermediate and advanced collector value and rarity.