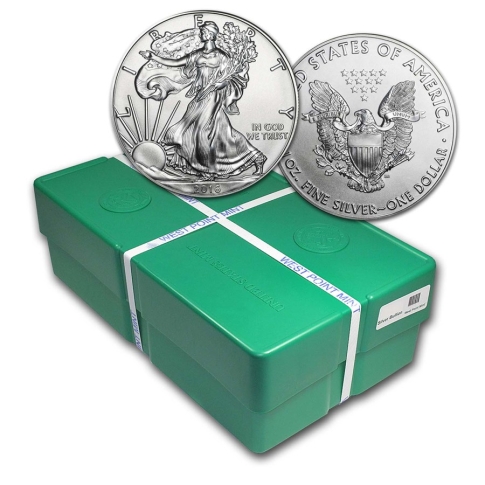 The American Silver Eagle, the most popular silver bullion coin, is also among the most collected American coins along with the Morgan dollar.

It was first released by the U.S. Mint in November of 1986. Produced only in the one-troy ounce size, the American Silver Eagle has a nominal face value of $1 and is guaranteed to have one troy ounce of 99.9% pure silver. In addition to the bullion version, the U.S. Mint produces a proof version and an uncirculated version for numismatists. The Silver Eagle has been struck at all three mints: the Philadelphia Mint, the San Francisco Mint, and the West Point Mint. The American Silver Eagle bullion coin may be used for funding Individual Retirement Account investments. These coins were produced at the U.S. Mint in West Point, New York. 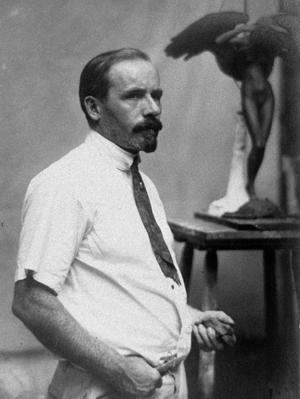 It was in 1986 that the American Silver Eagle, along with its gold equivalent, became the official bullion coinage of the United States. Similar to the gold program, the United States Mint revived an iconic design from American numismatic history to present on the obverse of the Silver Eagle.

Adolph A. Weinman, an apprentice of the renowned sculptor Augustus Saint-Gaudens, was selected in 1915 to be among a small group of artist who would redesign Americas silver coins. Weinman's portrayal of Lady Liberty striding confidently westward toward the setting sun was inspirational. It depicted the nation's desire for expansion and fearless approach to an unknown future, for it was crafted during the First World War. The Walking Liberty Half Dollar was produced by the U.S. Mint from 1916 to 1947.

Today, the image is featured on the obverse of all American Silver Eagle coins. Upon it, Liberty strides toward the setting sun with her shoulders draped with the American flag. The reverse features US Mint Chief Engraver John Mercanti's heraldic eagle. Inspired by the Great Seal of the United States, as well as previous heraldic eagles upon American coins, the reverse features 13 stars representing the original colonies, and a bald eagle behind the heraldic shield of America.